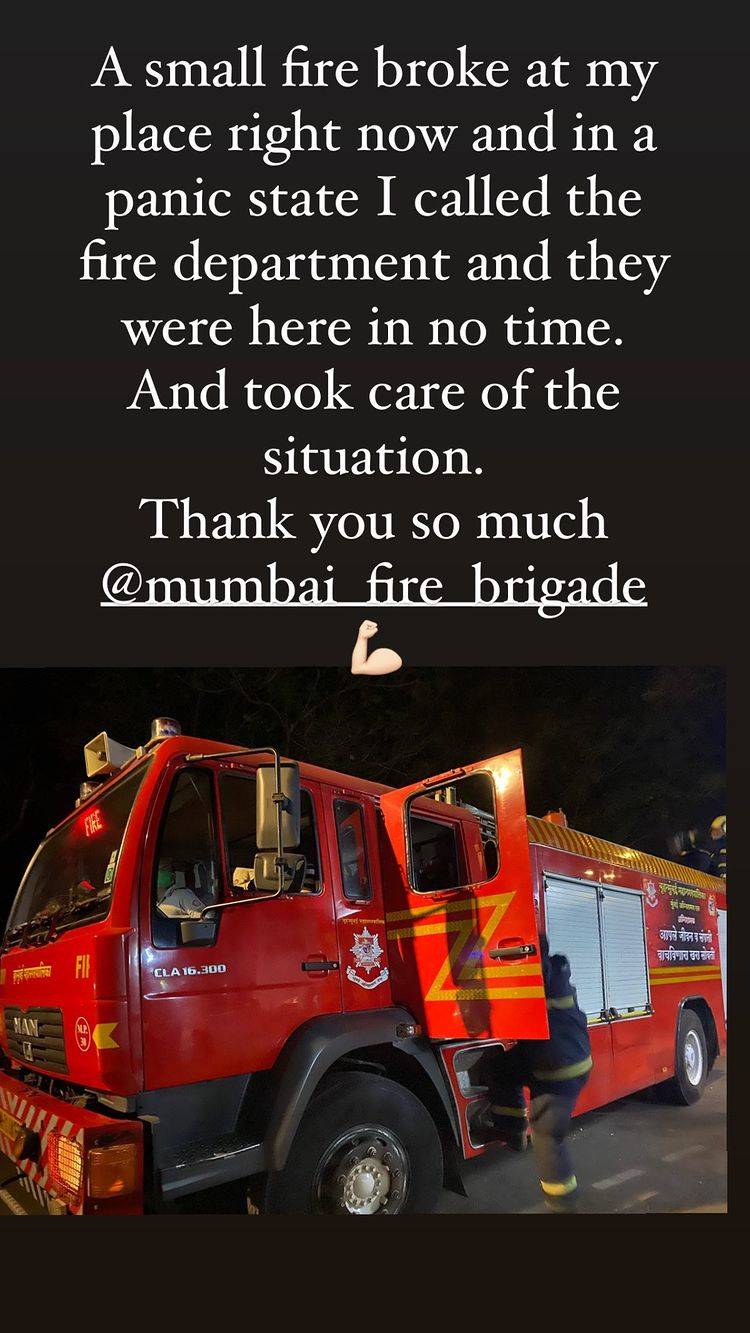 Actress Fatima Sana Shaikh, who was last seen in ‘Ludo’, had to call the fire department last night after a fire broke out at her house in Mumbai. She took to social media and informed about the incident.

Fatima shared a picture of the fire brigade at her place on her Instagram story and also thanked the fire department officials for their quick assistance.

sharing a note of gratitude, Fatima wrote, “A fire broke at my place right now and in a panic state I called the fire department and they were here in no time. And took care of the situation. Thank you so much Mumbai fire brigade” followed by a biceps emoji. Have a look:

Meanwhile, Fatima has been receiving positive feedback from the audience for her performance in ‘Ludo’. Talking about the enormous response that her performance is getting, Fatima shared, “I feel absolutely humbled by the response my character in Ludo has been receiving. This movie will always be special as the experience was one of a kind! Working on sets without a script in your hand was something new, but Anurag sir made sure each one of us plays our characters in the most natural way possible. I am glad people are liking my work in the film.”

Previous ArticleExclusive! Dia Mirza on completing 20 years of winning Miss Asia Pacific International title: It is a moment that created a paradigm shift in my life – Times of India
Next ArticlePriyanka Chopra Jonas is a vision in white as she experiments with fun Instagram filter- watch – Times of India