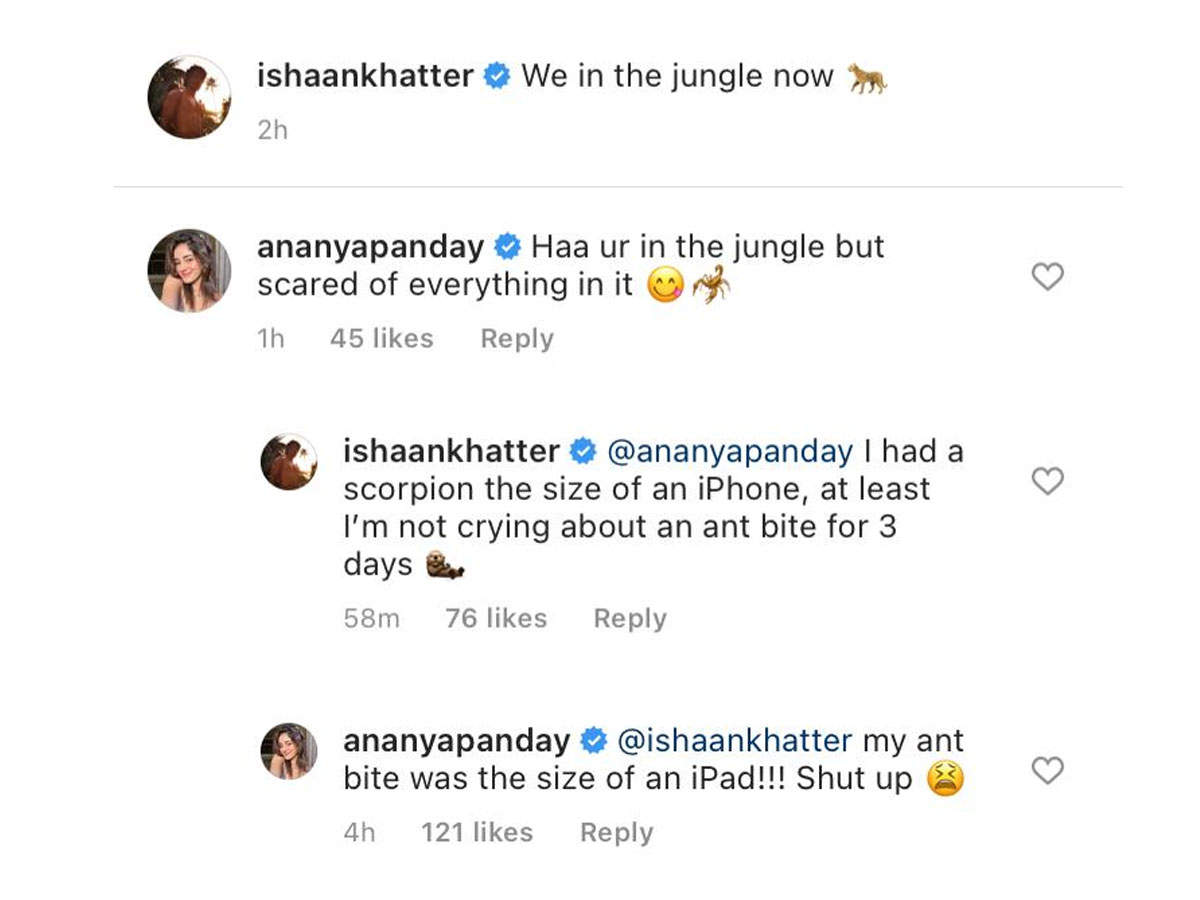 Ishaan Khatter shows off his washboard abs in a shirtless pic; but his banter with Ananya Panday is stealing all the attention – Times of India

Ishaan Khatter turned up the heat on social media with his swoon-worthy shirtless photo. Showing off his chiselled abs and flawless physique, the hunk embraced his wild side as he posed for the photo amidst a dusky sky and lush green trees.

“We in the jungle now,” Ishaan captioned the photo.

While the ladies swooned over the hunk’s dreamy click and flooded the comments section with fireball emoticons, co-star Ananya Panday begged to differ.

Poking fun at her ‘Khaali Peeli’ co-star, Ananya left a hilarious comment that read, “Haa ur in the jungle but scared of everything in it.”

What followed next was a hilarious exchange between the two trying to determine the “braver” one. While Ishaan argued about seeing a huge scorpion, Ananya, on the other hand, whined about being bitten by an ant that left a bump “the size of an iPad!”

The cute banter sure won over fans as they left behind hearts and likes on their replies.

‘Khaali Peeli’ marked Ishaan and Ananya’s first on-screen collaboration. The film was initially scheduled for a grand theatrical release, but owing to the lockdown, the makers released the film on an OTT platform last Friday.

While Ishaan is enjoying his well-earned break in Goa, Ananya is busy shooting her next with Deepika Padukone and Siddhant Chaturvedi.